There's something alluring and noble about the samurai. Maybe it's their cool in the face of danger and their immutable stoicism. Maybe it's their sly tricks against enemies and their code of honor amongst friends. Or maybe it's that big sword and the way they use it to chop up a room full of people without blinking.

Whatever the case, the samurai has shown up in every way, shape, and form in cinema: emulated by American culture in countless spaghetti Westerns, co-opted by Hollywood directors for early 90's gangster movies, and just torn all to hell for Japanese animation. The noble samurai never gets a moment of rest. We salute their hard work by exposing the coolest movies in the genre. 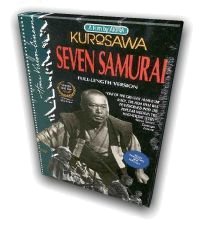 Plot: A small town besieged by 40 bandits hires seven ronin, masterless samurai, to fight for them. The samurai must first learn to trust each other if they are to survive and save the town.

Who says you can't enjoy yourself while watching the classics. The Seven Samurai is certainly no Citizen Kane or An Affair to Remember; instead, it's interesting. Get props from your peers by watching this highly stylized, highly bloody action flick disguised as a cinematic masterpiece. Although released almost 50 years ago, the movie's style and pacing have yet to be matched and its final, epic battle scene has yet to be outdone. Often imitated, The Seven Samurai was the basis for John Sturges's The Magnificent Seven, the 1960 Western that established Charles Bronson's right to kill anything on two legs. 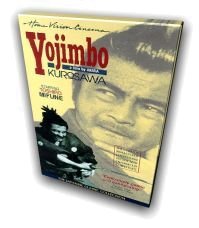 Plot: Toshiro Mifune plays a nameless samurai exiled to wander Japan when the royal family he serves is ousted from power. Desperate for food, he stumbles upon a small town plagued by rival gangs. Calling himself Yojimbo, meaning "bodyguard," he works at once for both families in an attempt to destroy both.

In 1961, Akira Kurosawa's Yojimbo single-handedly reinvented the action hero. Forget about Bruce Willis and Arnold Schwarzenegger; they've never been anything but derivative. A one-man army, Yojimbo is faster, smarter, and deadlier than his enemies, capable of taking down a horde of attackers without breaking a sweat. He can chop his way through any obstacle, from giant strongmen to gun-wielding effeminate psychos. He knows how to take a punch and he doesn't complain when life throws several of them his way.

If the plot sounds familiar, it's because you've seen the movie in three modern incarnations. Clint Eastwood's career-making A Fistful of Dollars is an American remake of Yojimbo, as is Bruce Willis's 1990 gangster movie Last Man Standing. Toshiro Mifune's character is also the basis for protagonist Parker in Mel Gibson's gritty crime noir Payback. 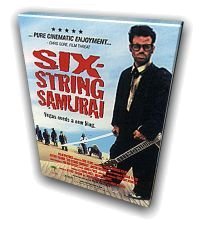 Plot: Russia won the cold war, comrade, and now America is a desolate wasteland of wannabe guitarists and radioactive mutants. Its revered king, Elvis, has just died on his throne in Las Vegas and now it's time for some aspiring musician to hack his way through the desert and claim the crown. Enter Buddy, a sword-wielding, guitar-playing, oddly familiar samurai with a drinking problem and poor social skills. Harassed by a pesky orphan he can't get rid of, Buddy must fight his way though mutant bowlers, Russian rock stars and ruthless cannibals before his final showdown with Death, a top hat wearing heavy metal enthusiast with a killer band.

This campy samurai movie has it all: impossible sword fights, mutant freaks, muscle bound midgets and bloodthirsty martial arts master who looks and sounds just like Buddy Holly. The grating whine of his orphan companion gets old fast, but it's easily forgiven as Buddy slices his way through space-suit wearing cannibal freaks and the entire Russian army. The ending is somewhat of a letdown, but they say the journey is its own reward. 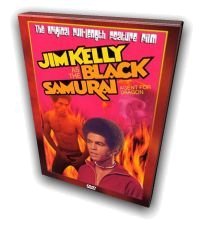 Plot: When the sexy young daughter of an important Asian politician is kidnapped by a cult of voodoo drug dealers, it's up to badass soul brother and practicing samurai Robert Sand to kick, punch, and slash his way to her rescue. As D.R.A.G.O.N's top agent, Sand puts the smack down on every man he meets, from whip lashing Argentinean midget wrestlers to funky afro-sporting player haters. Sand must jetpack his way onto the evil master Janicut's island fortress and do funky battle with the arch priestess Synne before it's too late.

Jim Kelly stole the show in Bruce Lee's Enter the Dragon, but that performance was nothing compared to his turn as Robert Sand, a funk soul brother who goes out of his way to castrate his enemies. This movie has it all. Midgets, sadists, snakes, car chases, jetpacks, more snakes, hapless thugs and over-the-top villains. Kelly's battle to the death with three midgets is priceless, but the movie's best moments come during his lengthy ride on a budget-priced rocket pack. 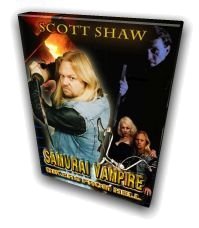 Plot: An aging vampire resurrects his samurai biker kin from the dead and it's up to Alexander Hell to send them packing. Hell cuts his way through new enemies and old flames in a quest to stay on Earth permanently.

This low-budget romp features bad acting, terrible dialogue, and piss-poor cinematography. However, it also features samurai vampire bikers from Hell, and that's always worth a look. High on cheese and low on gore, Samurai Vampire Bikers from Hell only wishes it was a B movie. Actor/Director/Producer Scott Shaw deserves props for plowing along despite an obvious lack of talent; his credits include the highly unpopular Hell Comes to Frogtown series, Samurai Ballet, and Radioactive Samurai. Once again, however, the movie has samurai vampire bikers. From Hell.

The 55th anniversary of Star Trek is a bittersweet reminder of a science fiction saga that once expertly challenged moral, political, and philosophical dilemmas.