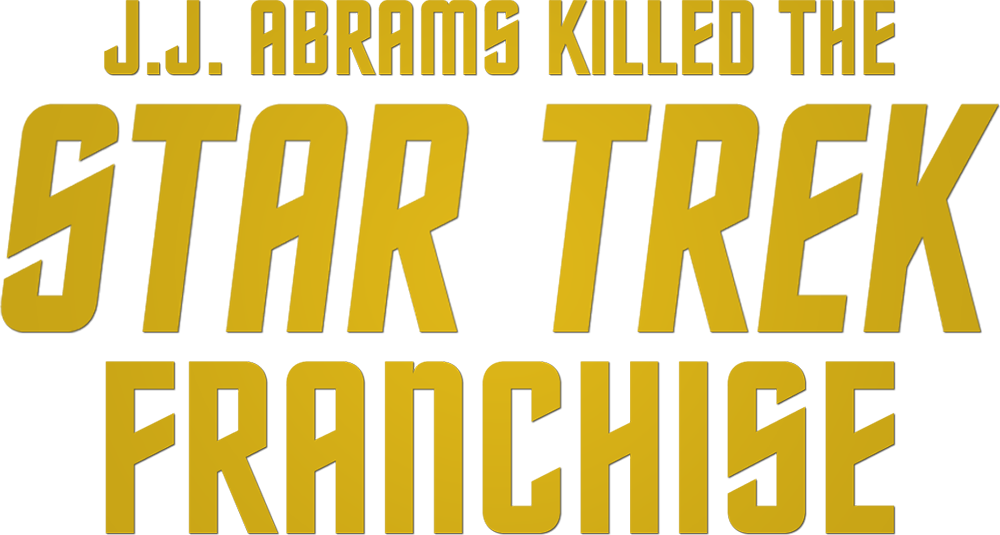 To boldy go where nobody wants to go.

The 55th anniversary of Star Trek is a bittersweet reminder of a science fiction saga that once expertly challenged moral, political, and philosophical dilemmas. Each series was endemic with fantastic temporal distortions of the space-time continuum, thrilling encounters with aliens who always spoke perfect English, and amazing technology that miraculously fixed everything just before the next episode. It was done with the incredible self-control and professionalism of a crew always at the risk of being vaporized instantly should the containment field collapse and cause a warp core breach.

Despite the goofy sets, the silly makeup, and the often-cheesy acting, the lore of Star Trek was derived from complex character-driven stories where a starship crew faced obstacles through camaraderie and solved them by the end of a convenient hour. It was just as much an adventure to encourage ideas and stimulate thought as it was exploring the far reaches of the galaxy.

At its core, Star Trek wasn't just about seeking out new life and new civilizations, but seeking truths within ourselves by admitting our weaknesses and learning from our mistakes. It was a collection of allegories that expressed the notion humanity, when at its best, was always greater than the sum of its parts. It was Gene Roddenberry's vision of a future that regardless of our differences and in spite of our sins, cultures could unify as an optimistic force and share a common goal to improve themselves.

This vision is what made Star Trek an endearing and positive endeavor, no matter how dire events in the real world seemed to be. Whether the Enterprise was exploring a mysterious anomaly, helping colonists survive an environmental crisis, or rerouting power to the shields in the heat of battle, the crew always accomplished its mission with unrelenting confidence. They strived to stand tall and resolute with determination to achieve success, odds be damned. From the patient nuanced skills of diplomacy to conflicts requiring phasers and photo torpedoes, each station and division implemented themselves with integrity and honor. 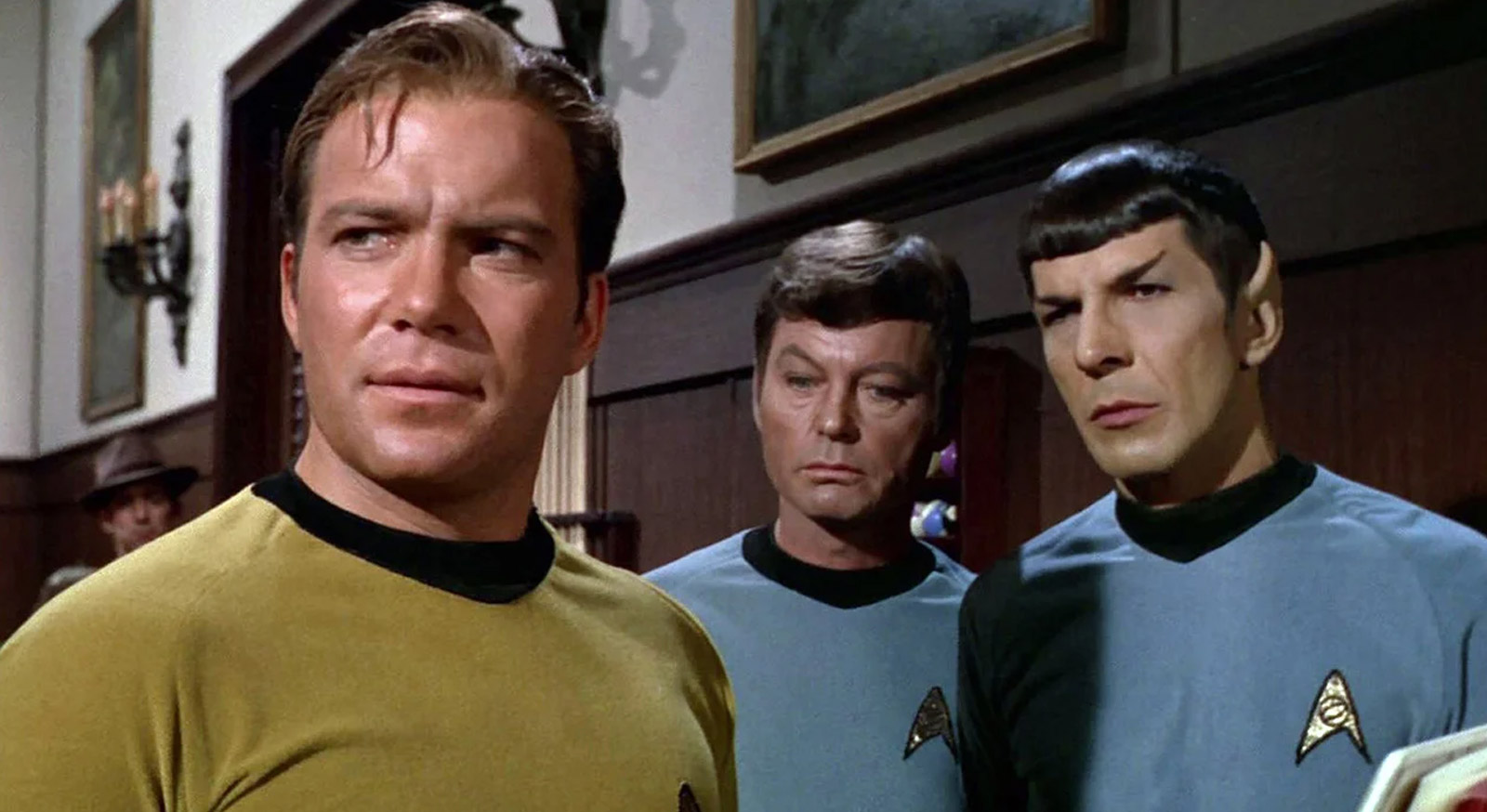 When J.J. Abrams and his production studio Bad Robot were given the reigns of Star Trek, he rebooted the franchise by transposing the journey of James T. Kirk and the U.S.S. Enterprise into an alternative timeline where the characters from the original series could experience new adventures without being tethered to decades of canon.

The first film sets up this premise by destroying the planet Vulcan, Spock's home world, in a drastic change that immediately invalidated every previous Star Trek movie and episode. The second film, Star Trek Into Darkness, took the premise of 1982's Star Trek II: The Wrath of Khan and retold the story by substituting battles of wit and intellect with mindless and irreverent action. The third film, Star Trek Beyond, revealed a former Starfleet marine who turned himself into an alien and destroyed the Enterprise after being really upset at the Federation for losing his job.

This creative bankruptcy is the hallmark of Bad Robot productions, spitting out the what first and figuring out the why later or not at all.

These movies also disregarded the basic tenets of how Star Trek works. Cadets were immediately graduated to leading positions of command without any career in between, the Enterprise was foolishly and unnecessarily constructed on the surface of Earth, turbolifts traveled like rollercoasters as they careened through volumes of unused space inside the ship, and Into Darkness revealed backpack-sized transporter technology that sent individuals across the galaxy to distant worlds, rendering almost the entirety of vessels in Star Trek pointless.

This creative bankruptcy is the hallmark of Bad Robot productions, spitting out the what first and figuring out the why later or not at all. It is a process in which lore is loosely created without any meaningful foundation or structure to explicate while touting characters constantly victimized by their own unearned significance. Not only has this become the underlying failure of Star Trek, but has also resulted in the demise of the Star Wars franchise.

Star Trek: Discovery, one of many Star Trek television series in the hands of Bad Robot writer and producer Alex Kurtzman, continues this failed tradition. Taking place a decade short of the original series and later jumping ahead in to the far future in its most recent season, the show centers around former Starfleet commander Michael Burnham. By the end of the first episode, she turns into a mutineer after disobeying orders, assaulting her Captain, and failing to seize control of her ship. Unlike Star Trek of the past, we're not introduced to a crew exploring the galaxy, but instead a contemptable character who shows no respect for the chain of command and places her personal beliefs ahead of the safety and wellbeing of her shipmates. We're not expected to question her judgement above all the other scientists, engineers, and capable officers onboard because she'll be vindicated in later episodes.

Discovery begrudgingly blooms, but the invitation into its world doesn't prove to have any relevance. Regardless of a mission, its stakes, or the combined experience of an entire starship crew (or that of the Federation as a whole), everything hinges upon Michael Burnham. The efforts of every other character in the show are largely futile as story arcs inevitably rely on her alone. She is absolved of her dishonorable behavior because of her incredible talents and skills that are forged in the flames of annihilating Star Trek canon, most notably through the revelation that she is the foster sister of Spock. However, the writers of Discovery don't invest in developing a new character from this idea, but instead alter the half-century old wisdom of her 'brother' by remanufacturing all of his choices, passions, and experiences based solely on his admiration for her. There is no point to anything else in the show because she is the linchpin for every single episode, the guiding force of Star Trek now, both in story and in marketing, while the rest of the universe cowers in awe of her greatness.

It is this prostitution of Star Trek that has liquidated a franchise of its imagination and inspiration. Characters are endorsed for what they are instead of who they are, low-ranking officers talk back and undermine their superiors with no consequence, and those who aren't women, aren't of color, or aren't gay are often patronized and treated like children. Plot holes gather and loom over each episode as most story elements are not fully realized or written with purpose. The show is largely female with men taking a back seat because they are considered weak and ineffectual, an unsurprising disclosure as Alex Kurtzman has admitted he has difficulty writing them. Accomplishments aren't expressed with composed triumph, but are instead scenes of women weeping and crying. The future is depressing, hollow, and hopeless. There is simply no joy in the journey, no morality to exercise, and no adventure to be had. 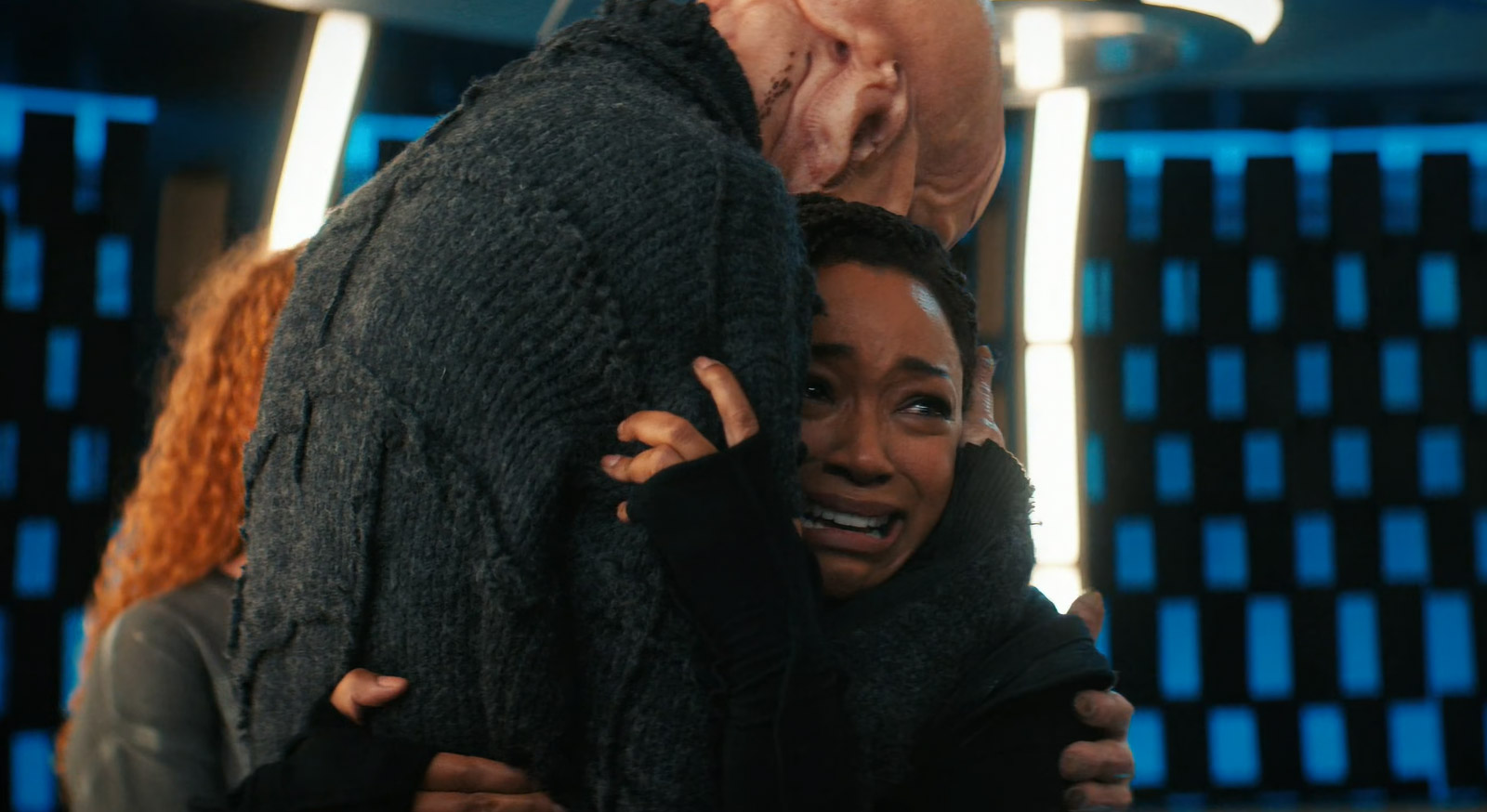 This is equally prevalent in Star Trek: Picard, another broken feather in the cap of Alex Kurtzman who admits that Star Trek is now a platform to push agendas instead of a stage to tell exciting science fiction stories. The once revered and respected Jean-Luc Picard, a man with an incredibly distinguished career, is reduced to a withering and depressed dotard who literally complains about having lost the will to live after leaving Starfleet. He's sidelined for the entirety of the show in favor of a young woman with no meaningful past to explore by nature of her later revealed three-year old artificial existence. Converse to the well-established future utopia of Earth, the show buries itself in deep chasms by inexplicably condoning murder, issuing contrived and depressing complaints of a poor black lesbian in a trailer hooked on drugs and alcohol, and a multi-world government that once never turned a blind eye to those in need suddenly becoming bitterly racist.

Picard immediately becomes a casualty in his own series, his command of the Stargazer and two Enterprises largely unnoticed by his former superiors. He's constantly shouted at, talked down to, insulted, humiliated, and utterly disrespected at every turn. His wisdom and experience are sacrificed at the expense of unestablished characters of no redeeming value. He is merely used as a tool to recreate the euphoria once prominent during Star Trek: The Next Generation in a series bereft of any sense or direction, squandering every opportunity to capitalize on his presence by drawing more attention to his absolutely horrendous acquaintances. It's a show that demands the excitement and popularity of the world it amends itself to, but doesn't want to make any effort to earn on its own. 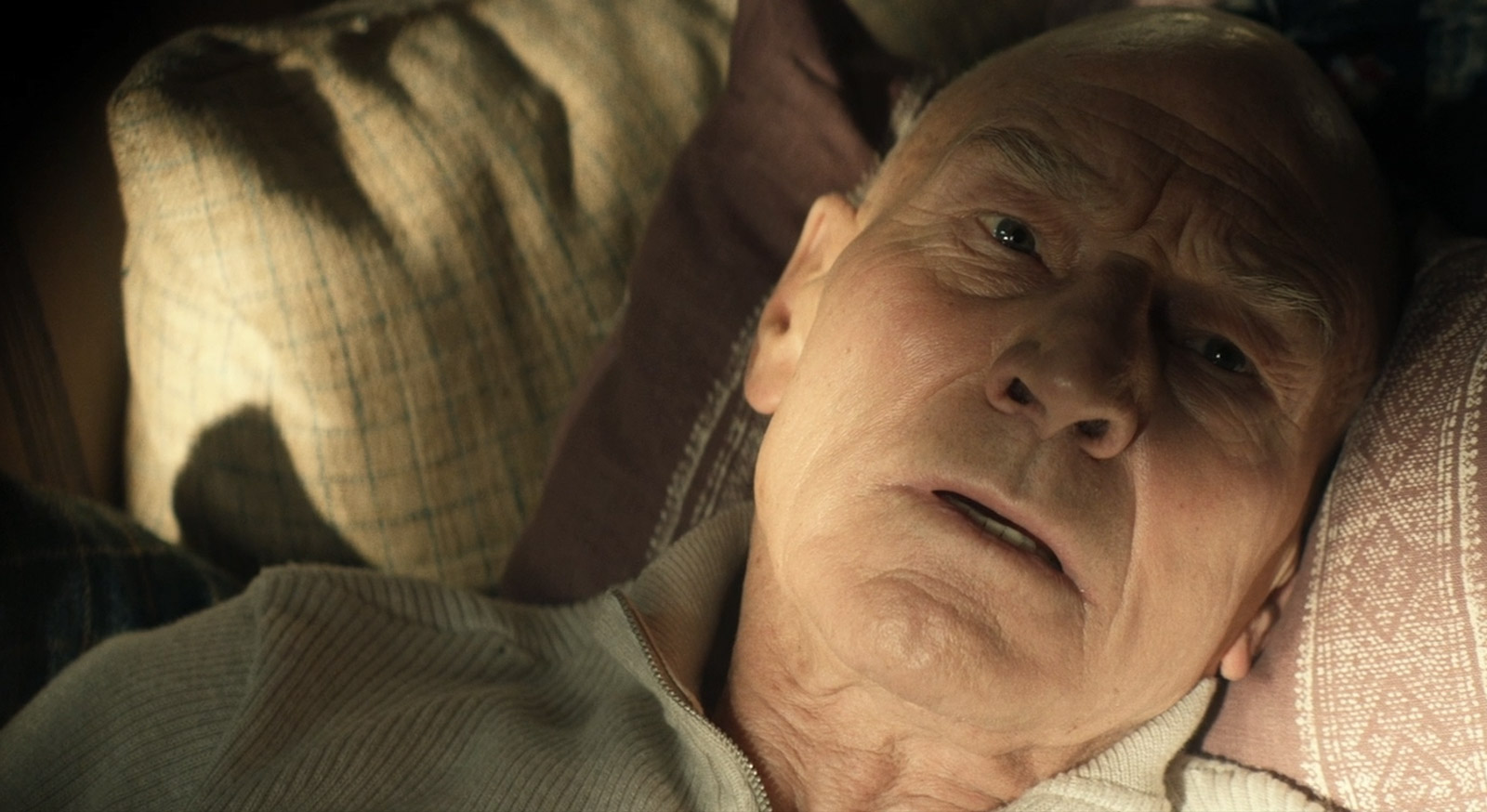 Star Trek was always a reflection of current events and politics, but it now expresses these things through the shards of a broken mirror. It challenges issues that are manufactured by dishonest and irreputable media, alienates once ardent fans who relied on its optimistic message of hope for the future, and is no longer the inclusionary force that accepted and encouraged those with different ideas to come together.

The phrase "Never meet your heroes" couldn't be more pertinent thanks to social media exposing the world of Hollywood elites. Famous Star Trek actors who worked tirelessly year-round to produce lengthy seasons of a science fiction show teaching acceptance, compassion, and individual rights never seemed to learn any of these lessons themselves. Patrick Stewart claimed in an interview the United States was a "fucked state" under President Trump, Marina Sirtis condemned and blamed Texans for power outages that seized the state earlier this year, and George Takei has become a strong proponent of government mandates despite his experience living in an internment camp as a child in the 1940s. The official Star Trek site even published and promoted an article from a fan supporting communism, an ideology Star Trek and its creator were always strongly against and fought to contest in dozens of episodes.

Star Trek has been destroyed by supplanting the talented writers and producers that once made it a success with uncreative people ignorant of their own world, how it works, and the struggles figures of history endured to build it. There are no lessons to share nor inspirations to contribute because they haven't any of their own, unaware of the complexities and tenors that define real people. Encountering alien cultures festering with corruption, greed, malfeasance, and division were often par for the course in Star Trek, its individuals desperate for guidance and courage to fight against such dark principles. The franchise has succumbed to this fate and can only return to its previous glory when those who truly love Star Trek and the forward-thinking inspirational stories it highly regarded can fight to hold its reigns once again.